During an initial structural and proteomic survey of the model archaeal microbe Methanospirillum hungatei we identified proteins comprising the attached cellular flagellum. Little was previously known about these archaeal appendages and we therefore characterized them and obtained the first atomic-level structure of a model archaeal flagellum. The findings reveal properties distinct from the bacterial flagellar counterpart regarding subunit size, post translational modifications and tertiary structure. Experiments are continuing to further characterize the post translational glycan modifications to the M. hungatei flagellum in collaborations by the Gunsalus and Loo Laboratories of the UCLA-DOE Institute. 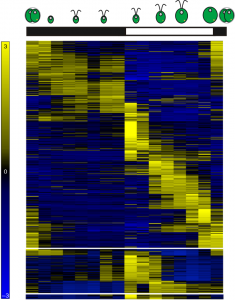 Microbes engineered to display heterologous proteins could be useful biotechnological tools for protein engineering, lignocellulose degradation, biocatalysis, bioremediation and biosensing. Bacillus subtilis is a promising host to display proteins, as this model Gram-positive bacterium is genetically tractable and already used industrially to produce enzymes. The Clubb group developed a unique two-step procedure that enables the construction of enzyme coated vegetative B. subtilis cells that retain stable cell-associated enzyme activity for nearly 3 days. The results of this work could aid the development of whole cell display systems that have useful biotechnological applications. 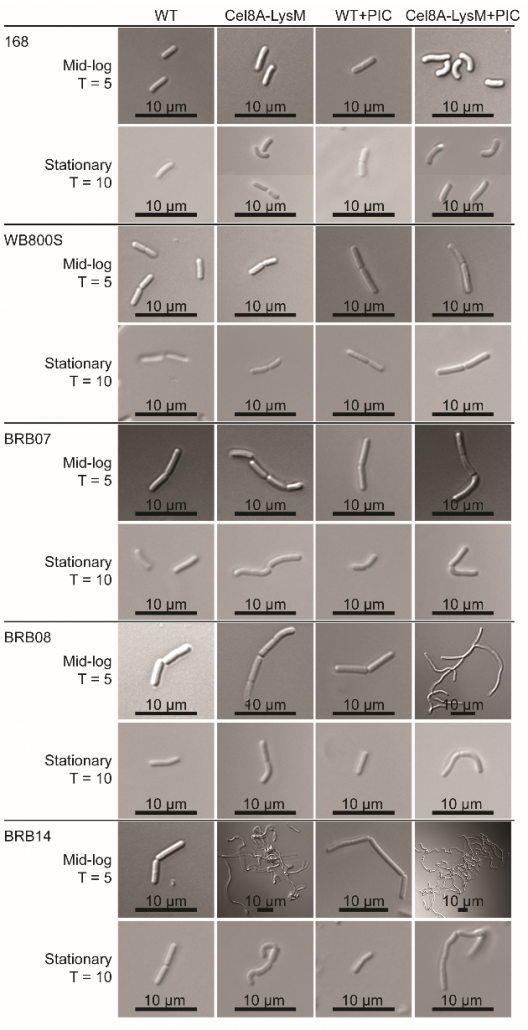