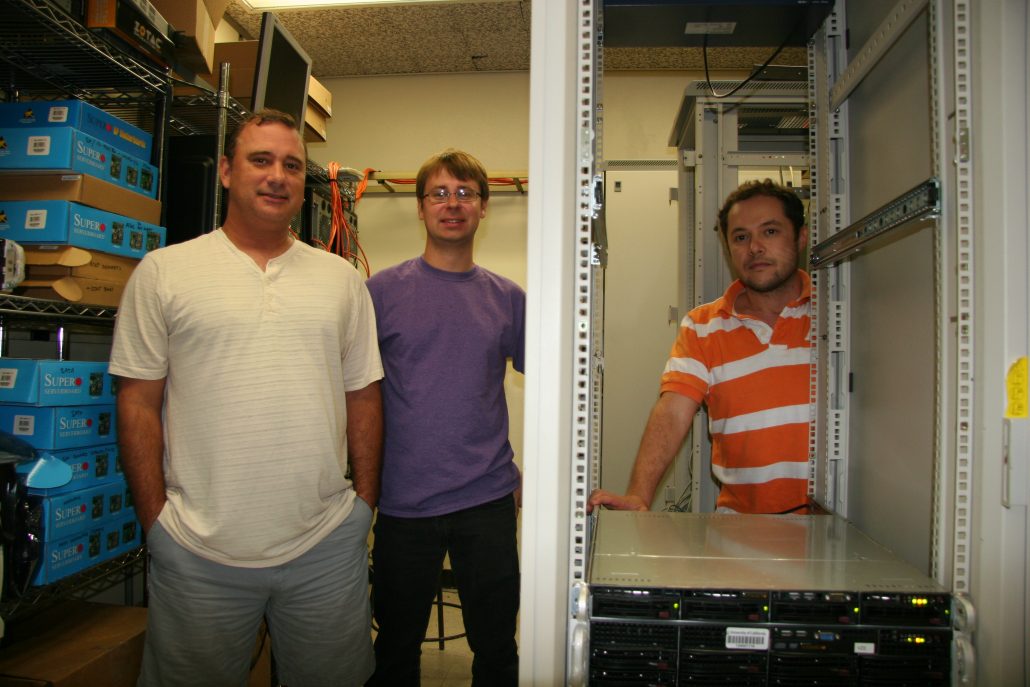 A network of servers and graphic workstations has been established, made up of an HPC cluster of 100 Multicore Linux compute servers, 54 GPU servers using the SLURM workload manager and queuing system and 72 Linux workstations, which are connected together by a high speed network of fiber optics. All the web, mail, SQL  servers and  Petabyte storage systems, are housed in air-conditioned computer rooms.

The BioComputing Technology Core is supported by a professional staff of two, who maintain both hardware and software and are available on demand to help when needed. With oversight from the core manager, the staff works with an enormous range of user skills, from professional programmers to complete novices. When new programs or systems are introduced, the core often provides classes for groups and in-person training of new users.

To recover the cost of the supporting personnel, Disk drives replacements, and file servers,  a fee will be charged to researchers.

high performance file servers and 40Gb network infrastructure. We provide internal and external storage up to 2 Petabytes of data storage.
The approved quarterly rate by Sales and Service is $2.75/Gb of SOLID STATE DISK STORAGE.
A PI should anticipate a  charge of around  1000 Gb  per quarter  to store and process scientific data.
New users should discuss setting up a recharge account with the BIOCOMPUTING TECHNOLOGY CORE Director.
Scroll to top