Note: This is not a substitute for reading the actual manual!

You will need to:

Note: The pH probe should be stored in 3 M KCl when not in use.

Attach the probe to the IFM controller using the appropriate lead.

Insert probe in pH buffer pH 7.0. Make sure that the membrane on the side of the probe is covered by the buffer.

Move probe to second pH buffer (usually 4.0 or 10.0 depending on desired media pH). Make sure that the membrane on the side of the probe is covered by the buffer.

The readout on the screen should say “calibration done”

At this point the probe is ready to use. The pH probe is to be screwed into a connector that is fitted into the base of the fermentor. The proper connector is 31913.2. Until placed in the vessel you should keep the probe submersed in buffer that has some ionic strength. Storing the probe in distilled water will shorten its useable lifespan.

Note: For really accurate calibration it is a good idea to stir your pH buffer solution to ensure proper calibration.

Decide how many ports on the headplate you will be using, i.e. acid, base, antifoam, nutrient feed, inoculation. Remove the stopper and place a septum in the port. Screw a “cup” in place above it and then add a “stopper” to ensure that the port is sealed. If the septum is not needed in your fermentation it can be reused without replacing it.

Note: any reagent that will be fed into the fermentor should be sterilized in the autoclave. You would want to put some tygon tubing into a bottle containing the solution and then attach the tubing to an injection needle. The injection needle can be covered with aluminum foil for autoclaving.

The DO probe needs to be polarized for 6 hours prior to use to be accurate. This means that it should be plugged into the DO IFM controller and the fermentor unit should be turned on. The DO probe can be stored dry for 6 months at which point the electrolyte solution inside should be changed. The protective caps (red plastic and green plastic) should be on the probe to protect it during storage. The DO probe is to be screwed into a connector that is fitted into the base of the fermentor. The proper connector is 31913.1. 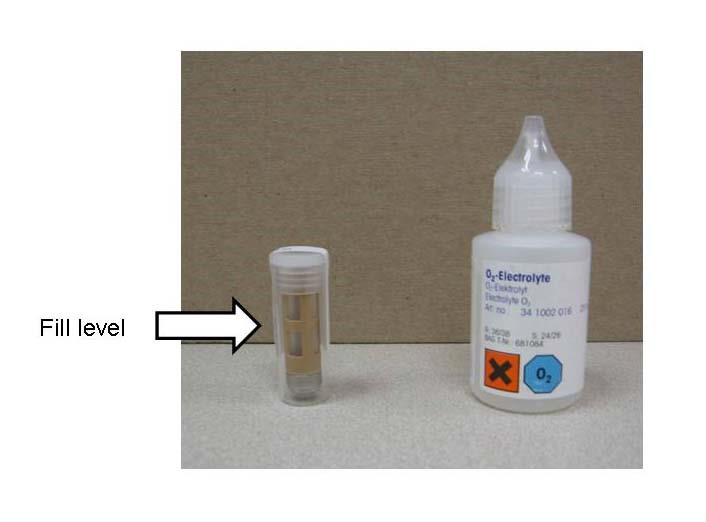 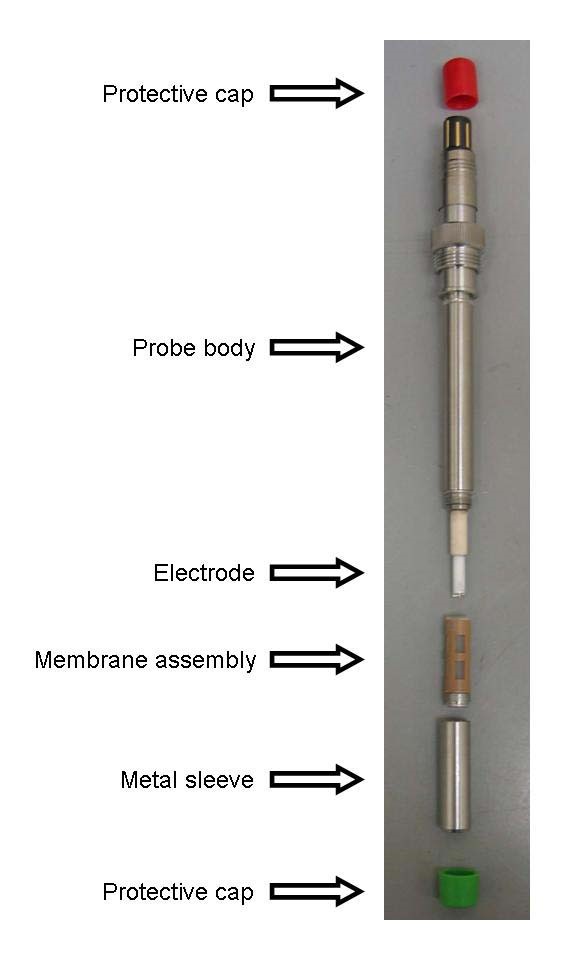 The temperature probe is permanently installed in the instrument and is verified on an annual operation using a hand-held Infrared Digital Thermometer gun with laser pointer Measuring Tool.

This isn’t strictly necessary but it may be a good idea to check. Pressurize the vessel and verify that the sealed vessel can hold a pressure of  ~1-1.5 bar for 15-30 minutes.

If the fermentor has not been used for a long time then the mechanical seal may stick. In this case turn the drive coupling manually prior to starting the agitation.

The antifoam probe does not require much attention. Once you have added your media adjust the probe so that it is above the level of your media.

It is probably easiest to make a concentrated solution that contains the media components. Pouring powder through a funnel into the vessel is not really advisable as you will most likely make a mess that you will have to clean up. Pour the concentrated media and distilled water to dilute it through a port in the headplate using a funnel. Replace the stopper afterwards. Expect to lose ~10% of the volume during sterilization so add an additional 10% volume in water to the fermentor. 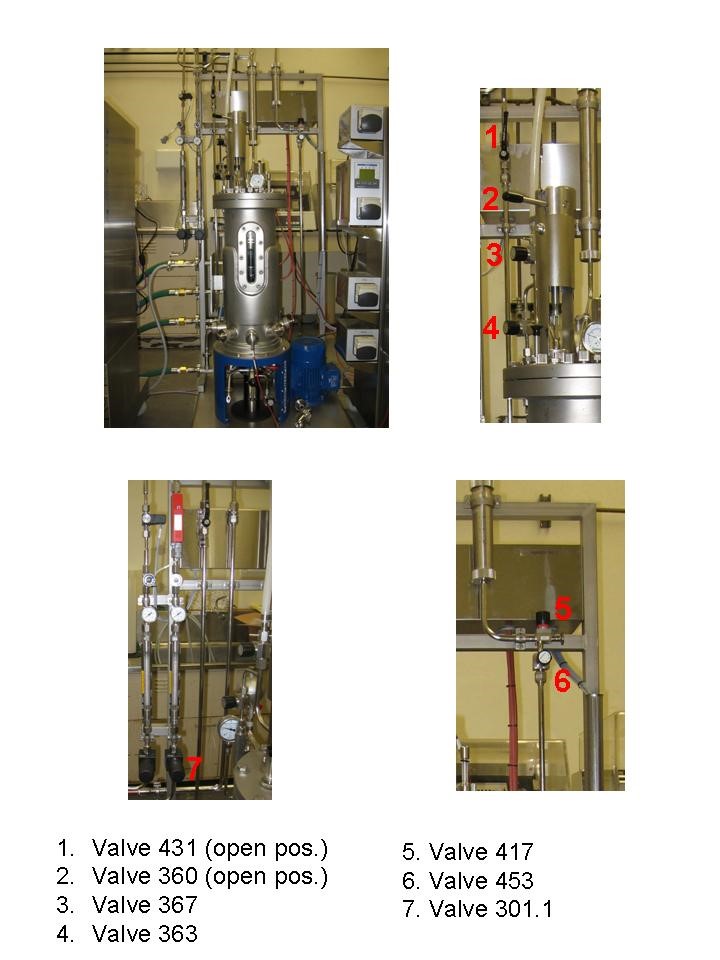 Chilled and tap water should be on and the appropriate main valves open.

The compressor should be on as should the main air valve on the manifold. The rotameter should be around 1.5 bar. There shouldn’t be any signs of moisture in the rotameter. If there is then the compressor trap will need to be checked.

How you want to inoculate is your own business. The recommended way is to remove the stopper above a septum, pour ethanol on top of the septum, set it on fire and then plunge the inoculation needle through it. We are typically growing bacteria in the presence of selective agents (e.g. antibiotics) so we usually just open a plug on the top of the fermentor and inoculate through it.

The ball valve is always open and the screw cap on the top should be only loosely screwed in.

The valves in the back on the bottom (210) for monitoring the pressure of incoming tap water are preset and do not need to be adjusted.

We have been using agitation rates of 300-400 rpm and air flow of 10 nL/min. This seems to be fine for typical E. coli protein expression.